Motherwell and St Johnstone will meet for the fourth time this season at Fir Park on Saturday.  The visitors currently hold a two point advantage.

Previous clashes reflect the closeness of the league positions with two single goal wins, one for each side, and a 1-1 draw.  On that basis the first goal on Saturday could decide the outcome. 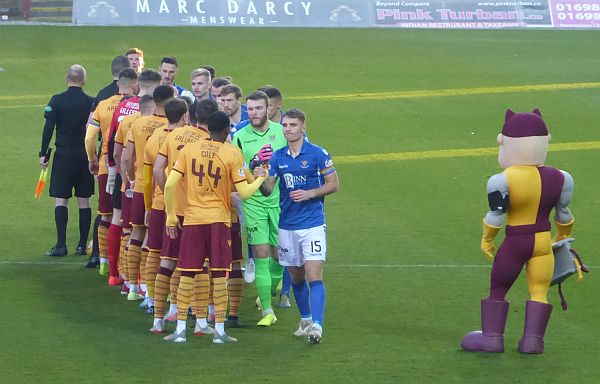 We have not seen Steelman for a while

St Johnstone have had recent success on the road against Kilmarnock and Livingstone but they also suffered losses against Rangers and Celtic.

It is inevitable that Callum Davidson will have next week’s League Cup final in mind when he makes his selection for the Fir Park game.  Murray Davidson is now back in training as he recovers from a calf injury and a judgement will have to be made whether to risk him ahead of a national final.

A major part of Graham Alexander’s week must have been to dispel the gloomy feeling that hung around the home dressing room after the embarrassing loss to Hamilton.  The players would be reminded that three wins from the last five justifies a positive outlook and the prospect of overtaking the Perth team awaits on Saturday.

There will be a forced restructuring of the defence following the red card awarded to Stephen O’Donnell.  It may be that Liam Grimshaw is recalled for a first appearance since the new management team arrived.

Another tight match is likely but if Tony Watt and Devante Cole can maintain their improving partnership they may provide the winner, 1-0.