Next up - St Johnstone at Fir Park

Fir Park opens its domestic season on Saturday with the visit of St Johnstone.  Can the 'Well build on last week's win?

The triumph in Paisley delivered a much needed turn in fortune and under the leadership of Stevie Hammell the team seemed to have a much more positive and confident approach.  Still, the win came as much from St Mirren's inability to take their chances as from Motherwell's attacking prowess. 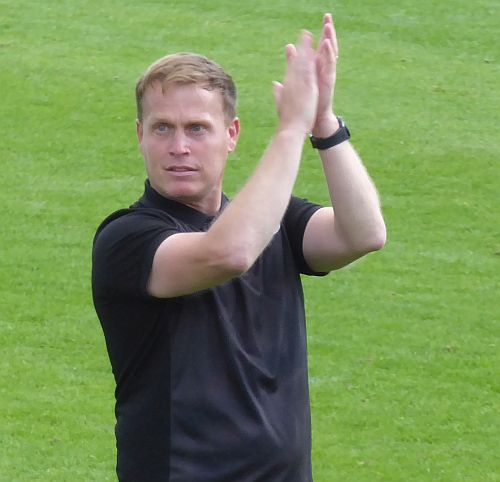 The lack of firepower will be a concern for the caretaker manager and he has to hope that at least one of the forwards manages to stumble on to a scoring streak.  Motherwell's biggest threat comes with the advancement of big defenders up field for set pieces.

One of those big lads will be missing on Saturday.  Ricki Lamie's dismissal last weekend will force a change at the back and Bevis Mugabi is the likely replacement.  His presence in the opposition penalty area will not be a welcome sight for the visiting backs.

St Johnstone suffered their own red card casualty in their home opener against Hibs.  Murray Davidson got his marching orders and the visitors took the points with a last minute goal.  The Perth side failed to get out of the League Cup group and there are rumblings among the Perth faithful.

There has been much movement in and out of McDiarmid Park in this transfer window and Callum Davidson has to accommodate eight new players in his team.  One face that will be familiar to Motherwell fans is Jamie Murphy.  The 32 year old joined St Johnstone in July on a one season deal.

Almost 7,000 Motherwell fans were in Fir Park a fortnight ago for the first leg of the Europa Conference tie.  They left disappointed and there will be a lower turnout on Saturday.  Maybe a second league win will tempt them to return, another 1-0 for the Mighty 'Well.