Graham Alexander will be in charge of Motherwell for the first time in Saturday’s meeting with St Mirren in Paisley.

In his launch interview released by the club on Thursday evening the new manager was asked what was needed to improve the outlook for the struggling team; the answer, “Win Saturday”.

His focus on hard work and determination suggests that he and assistant Chris Lucketti expect the squad to deliver nothing short of wholehearted commitment to the cause. 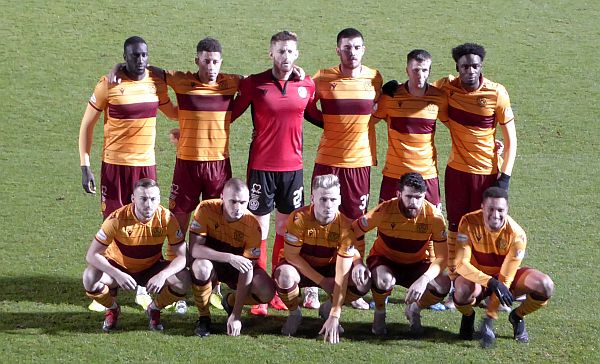 With three weeks of the transfer window remaining there is some time for Alexander to assess his squad and that begins at St Mirren Park.

The team shares bottom place with Ross County and Lanarkshire fans will be hoping that the fabled ‘new manager bounce’ can become a reality end and bring to an end a horrible ten game run without a win.

Jim Goodwin ended a poor autumn with a potentially season saving spell that has seen only two losses in the last fifteen.   The Saints currently have a five point advantage over Motherwell and they have a game in hand.

This will be Motherwell’s first visit to St Mirren Park this season following the aborted fixture that was scheduled in October.  Judgement on the SPFL’s panel award of a 3-0 away win on that non-game will be the subject of an appeal to the SFA next week.

Barely a month ago St Mirren scored an early goal at Fir Park and Motherwell embarked on the slide down the table.  A reverse of that result may offer some hope that the tide will turn – 1-0 to the Mighty ‘Well.

Remember the last trip to Paisley?