Next up - Sunday lunch with Celtic

Motherwell take on Celtic at Fir Park on Sunday hoping to upset the odds with a third consecutive league win.

Stephen Robinson made reference to the growing confidence sweeping through his squad following the recent 4-0 and 2-0 results against Ross County and Livingston but he knows a tough game awaits after the noon kick-off.

His squad remains below strength particularly in defensive areas yet Motherwell have clean sheets in three of the last four SPFL fixtures.  A blank on Sunday would be impressive. 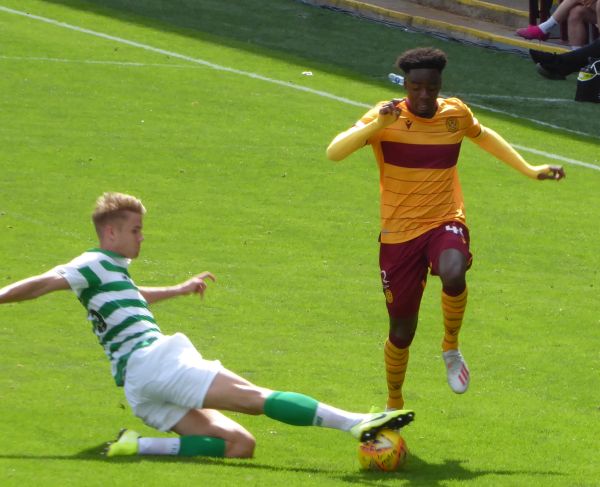 Devante Cole was withdrawn at half-time in Livingston with a grumbling hamstring but there is no shortage of claret and amber forwards.  Tony Watt will face one of his former clubs with Jordan White, Callum Lang and Christopher Long ready for the call.

Recent meetings between the teams in Lanarkshire have favoured the visitors.  In last season's two fixtures Celtic racked up a 9-2 aggregate.  It can hardly be a surprise to see odds around 7/1 for a home win and 1/3 for the points to go to the east end of Glasgow.

With Celtic's continuing involvement in the Europa League they are in a run of two games a week.  Sparta Prague were their opponents on Thursday and they dismantled the poor Celtic defence.  They have won only one of their last six games.  By any measure they are well short of their best.

There will be little room for sentiment if David Turnbull makes an appearance in green and white.  He left Fir Park with the best wishes of Motherwell fans but he will be regarded as an opposition player.  Let's hope he has an off day, if selected.

Will Celtic shake off their poor form and hit the goal trail or will Motherwell take advantage of a shaky defence to record to record the first win at Fir Park since 2013?

It could be they will produce a stalemate, 1-1.

Remember the last visit from Celtic?