In the end there was no upset at Ibrox.  Motherwell got a dream start but could not hold on.

Those unfortunates who spent the last Saturday before Christmas in the shops would have been unsurprised to discover that Rangers had beaten Motherwell 3-1 at Ibrox.  Those in the know would have noted the Motherwell goal and might reasonably have assumed that it was a late consolation, not so. 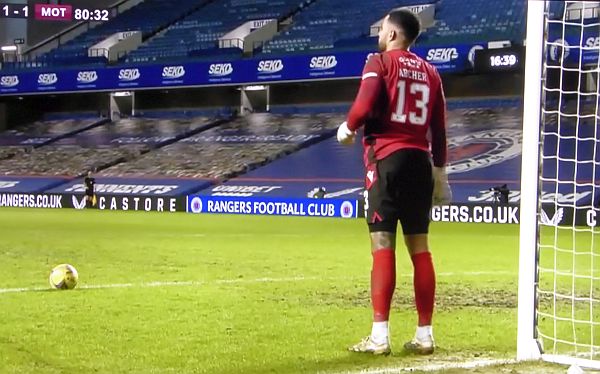 Stephen O'Donnell's cross and the conversion by Callum Lang gave Motherwell fans a moment of joy followed by the realisation that there still remained  the tough task of defending for 85 minutes.

Stephen Robinson's strategy soon became clear.  There were to be eleven claret and amber defenders.  Tony Watt was conscripted and posted into the trenches with the rest.  We conceded 70% of the pitch to the opposition and concentrated on frustrating, blocking and hoofing.

It was awful to watch but the game stretched to the last quarter before the defence leaked.  A second followed and we were forced to push forward in search of an unlikely equaliser.

The upshot is that Motherwell have taken one point from the last five league games.

An opportunity to end the slump will arrive on Wednesday when Aberdeen visit Fir Park.

One Goal At Ibrox Not Enough For Motherwell