Motherwell have not won any of the last dozen games but the players will have a spring in their step this week.

When the season ends we may look back to the appointment of a new manager and an unexpected point against the league leaders as a turning point in what has been a poor campaign.

Sunday’s game against Rangers gave the Fir Park squad a chance to show some mettle and the test was passed.  In the first half they were willing to pass the ball forward and take the game to the much fancied opposition.  The reward was a fine goal midway through the half. 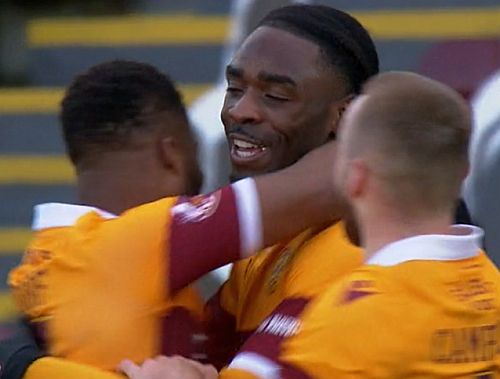 It started with a throw-in on the right and a touch by Devante Cole.  Twenty seconds later he finished the move as he bundled the ball over the goal line.  Half the team got involved in the six passes that ended with Tony Watt’s precision delivery to his fellow striker.  Motherwell are now credited with three of the seven league goals conceded by Rangers to date.

The visitors pushed us back in the second half and all hands were called on to bolster the defence.  We were well marshalled and slipped only once to allow Cedric Itten his goal bound header.

Declan Gallagher spoke after the game about the positive impact that the new manager and assistant had brought to the team.  “It’s a good result for us and we keep going”.

The captain’s form has not gone unnoticed and Monday saw increased reporting that Gallagher is a target for a host of clubs north and south of the border.  The defender’s increased profile since he moved from Livingston and his service in the national team has him in the shop window.

Securing his services will be a priority for Graham Alexander but if moves to pry the defender away from Fir Park are successful we have to find a replacement before the transfer window closes at the end of the month.

It will be a busy week for the manager.