Motherwell's early season streak continued on Saturday despite a below par performance.

The 4,500 home fans were in good cheer when Callum Slattery scored in the third minute.  The goal, his first for the club, might have suggested that they were about to witness a one-sided contest but the visitors were of a different mind. 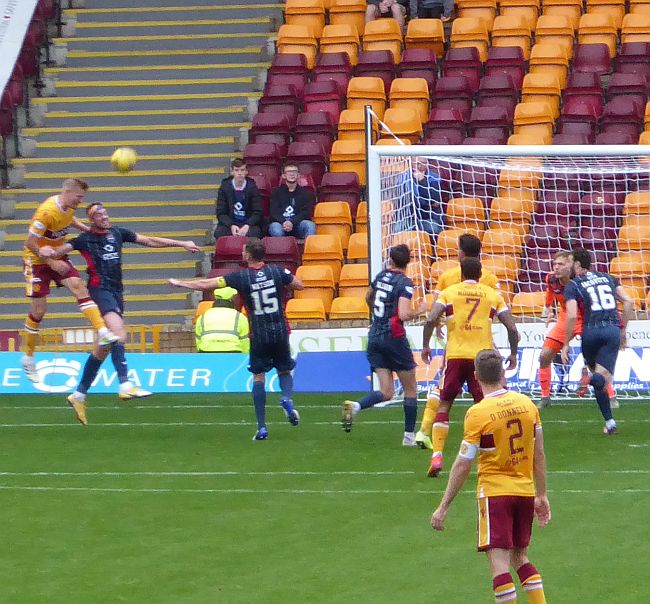 Ross County adapted well to the direct play and the tide turned in their favour.  By the end of the game they had the majority of possession but Tony Watt's shot ten minutes from time sent them home empty handed.

Opposition managers will now be familiar with Motherwell's approach.  The drive to get the ball upfield means there are few times when Liam Kelly opts to roll the ball to a defender.  This practice is not going to win any style award but it is difficult to be critical when the results remain positive. The points earned take Motherwell's total to fourteen after seven games.  Last season the opening seven games yielded five points.  If football is a results based game then we’re doing well.

The referee earned no pals at Fir Park as decision after decision caused frustration.  Graham Alexander (and seven players) earned yellow cards for their misdemeanours.  It was therefore some surprise to see that Tony Watt escaped a booking after his celebration on the wall in front of the Hunter stand.

Next week offers a stiff test with a trip to Tynecastle but the manager will insist that he sets out to win every game and we can expect another scrap.

Watt Wins It For 'Well