Safe in the league, now for the cup

With league safety now assured Motherwell travel to Easter Road on Saturday for a Scottish Cup fifth round tie.

‘Well players and the back room team sported broad smiles in the evening sunshine at Hamilton on Wednesday.  Confirmation that dark thoughts of relegation could be banished came a couple of hours later and attention turned to Saturday’s knockout with Hibs. 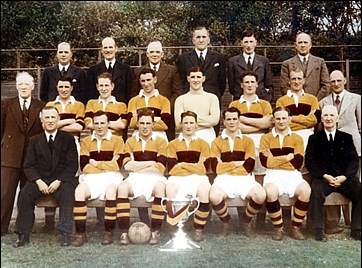 Regular viewers of Graham Alexander’s team have seen valuable points collected since the new manager took control but none would be able to claim they had watched much in the way of sparkling entertainment.  The team has struggled yet the recent run of one loss in the last eight has delivered another year of top flight football and the prospect of a Hampden semi-final if a win in Edinburgh can be secured.

Hibs have done well since the turn of the year and currently have a firm grasp pf third place in the league.  Still, they needed extra-time to overcome Stranraer in cup last week.

This will be the third meeting of the teams at Easter Road this season and the visitors have the upper hand.  A goalless draw in August was followed by a 2-0 win in February when Jordan Roberts and Devante Cole got the goals.

The bookies have the home side as firm favourites with odds as much as 9/2 available for an away win.  Motherwell’s chances will improve if Roberts or Tony Watt become available we may have to wait for extra-time for a winner after a 90 minute 1-1 draw.