Motherwell were handed a fourth round home tie against Greenock Morton.

The teams last met inthe Scottish Cup in February 2012 when a 6-0 home win thanks to goals from Hateley, Murphy (2), Hutchison, Ojamaa and Law sent us into the next round. 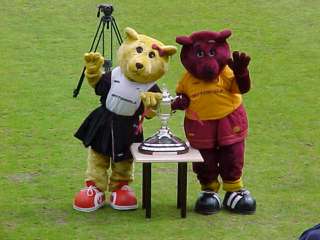 The tie is scheduled for the weekend of 17 April. The fifth round will take place the following weekend.

Stranraer v Queen of the South or Hibernian

The fifth round (quarter finals) was also pulled at Hampden. The last tie drawn was

The full quarter final draw is

No Slip Up As Motherwell Score Five Against Formartine United