Motherwell fans were presented with a reason to be cheerful on Sunday, the team battled hard and came away from Paisley with three valuable points.

The departure of Graham Alexander less than 24 hours after the Euro exit and the appointment of Stevie Hammell as caretaker probably led to a boost in sales for the North Stand at St Mirren Park.  The despondency that had echoed around the fan base had instead turned to a fresh optimism in the long queue in front of the turnstiles. 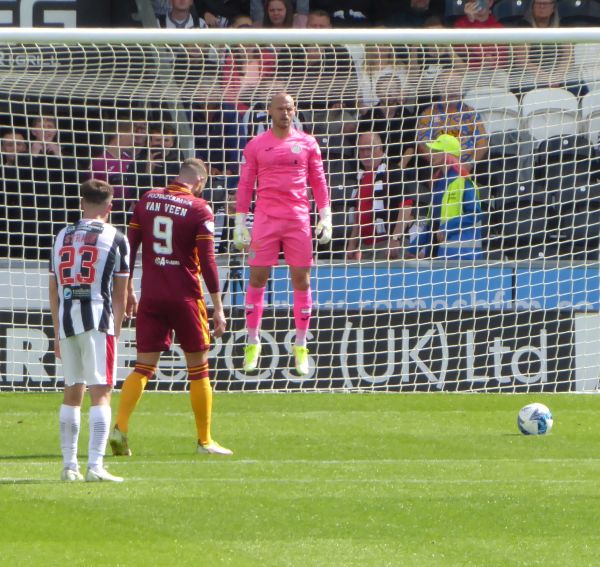 Yet there was no sense that a rare opening day triumph was about to arrive.  The squad of players had not changed; could they find the spark that had been absent?  Hammell had included a couple of young players as bench back up, Kian Spiers and Mark Ferrie stepped up from the development squad.  It was a hint of change to come and 18 year old Spiers was to make his first team debut in the second half.

Motherwell started the game well enough and it was apparent that a tight contest would follow.  St Mirren then squandered some tempting opportunities and Liam Kelly stood firm.  Before the break the penalty arrived and Kevin Van Veen secured the lead.

Striking options are still limited and few chances came from open play.  It must be a top priority for the new manager to source another forward.  The defence coped admirably with the expected push from the home side.  Ricki Lamie and Sondre Solholm rose time and again to head clear and often we had eleven behind the ball.  Lamie's dismissal was a blow but Bevis Mugabi was an ideal replacement.

In the last quarter there were six former Motherwell players in the black and white stripes.  It was an unusual situation and a look toward the dugouts showed Hammell and Stephen Robinson side by side, both in black, urging their men forward.

The final whistle brought a few Steelmen to their knees but they soon recovered to join the joyous travelling fans in celebration.  It was a symbolic win, an indication that a new regime is on the way.

Let’s hope that with the new boss comes a refreshing reversal of the stultifying style of play that has characterised the last eighteen months.