The Judicial Panel appeal has decreed that the two games in question should now be played. 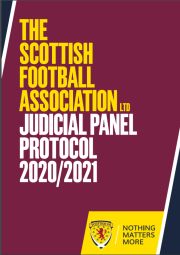 This looks like a slap in the face to the SPFL disciplinary system and the league will now have to find dates for our postponed fixtures.

It should be remembered that Motherwell (and Hamilton) are innocent in this dispute and both will now have to face opposition in a much stronger state than they were when the games were originally scheduled.

“We note the decisions of the Scottish FA Appellate Tribunal in relation to the sanctions imposed on Kilmarnock FC and St Mirren FC by an independent SPFL Tribunal.

"We will reschedule the three matches as soon as reasonably practicable, in line with the decisions. We await written reasons for the decisions from the Scottish FA Appellate Tribunal.”