Up for the Cup: Motherwell v Morton

Motherwell's quest for the Scottish Cup continues with a fourth round tie against Morton at Fir Park on Friday.

There have been three league cup meetings between the teams in recent years but the last clash in the Scottish Cup was in February 2012 when Hateley, Murphy (2), Hutchison, Ojamaa and Law sent us into the next round.

Morton are currently in second bottom place in the Championship and it is no surprise to read that Gus MacPherson describes league survival as his main objective. 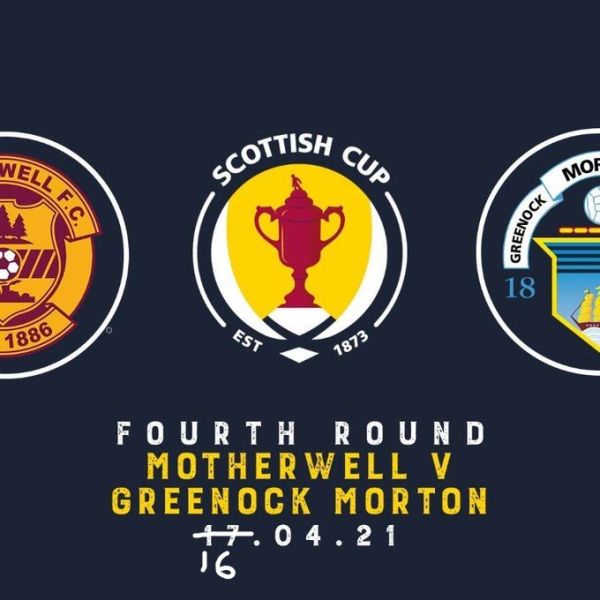 The visitors needed a 91st minute penalty to force extra-time against East Fife in the previous round.  Sean McGinty made no mistake from the spot and Robbie Muirhead scored the winner.  That game brought some cheer to the newly appointed manager and offered a distraction from the league struggle.

Motherwell got a boost with the weekend win over St Mirren.  Devante Cole got the telling goal following good work by Chris Long and the pair will surely start on Friday.  We may have to wait for the team lines to discover if there is to be a third striker named at the start.  Tony Watt has missed the last two outings and Jordan Roberts was carried off on Saturday with a damaged leg.

The defence will be keen to record a third consecutive clean sheet and competition for game time has increased.  Both Jake Carroll and Charles Dunne were on the bench at the weekend.

The prize for the winner is a quarter final meeting with either Stranraer or Hibs.  No doubt they will expect to face Motherwell after their Sunday lunchtime meeting, 3-0 for the Mighty ‘Well.