The Well Society held its first face to face Annual General Meeting since 2019 at Fir Park on Thursday evening.

Around 30 of the 2,800 members attended in the Millenium Suite to hear the Society board outline both recent activities and future hopes.

Douglas Dickie gave a wide ranging chairman’s report that highlighted ongoing work after the enforced curtailment caused by the pandemic. 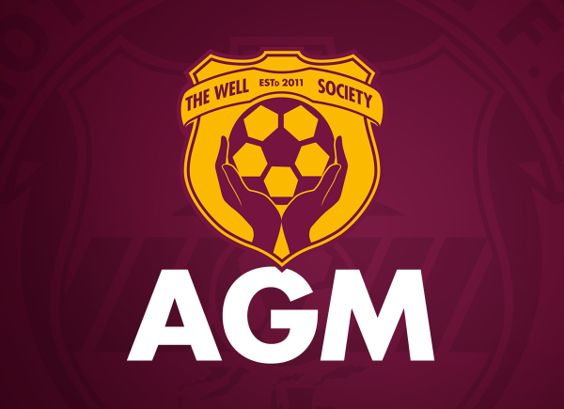 A new calendar of events is in development and cooperation with the different arms of the club continues.  Funding was made available to both boys and girls academies and a grant is likely to be offered to the U17s team for an upcoming tournament in Ireland.  The Community Trust was congratulated for the work that was recognised by a recent award.

Since Sally Hall was appointed in January as Development Manager administrative and membership systems are being updated.

Approval was given to an overhaul of Society Rules that among others included an increase in the number of elected board positions from six to nine in addition to up to three co-opted members.

Given that the club’s finances have been in good health in recent years the Society’s finances have been growing by around £200k per year.  A healthy rainy day fund in excess of £600k is currently available to the club if needed but it is expected that the reserves will continue to grow.  Tom Feely guided members round the accounts.

The board is examining ways to encourage those members who have chosen to make annual payments to switch to a monthly system.

A lively discussion followed concerning the route that would allow members to have a more direct influence in the strategic and policy aims of the club.  That would involve greater communication between members and the Society board and onward direction to the club board.

The board was thanked for their efforts and the meeting ended.