The league table shows Motherwell secure in the top six with a two point lead over seventh placed Hibs.  It was much closer than it appears.

This writer was one of many who tore up an on the whistle opening section as the added time scramble produced the shock of the season.

Motherwell were deservedly on the way to the bottom reaches as Livingston rose to the challenge to grab their way forward.  The woeful post-Christmas form had turned top six certainties into crumbling shadows unable to hold on to an unexpected lifeline.  Then came the Hail Mary corner and a six yard scramble to be followed by wild celebrations - jubilation and relief in equal measur. 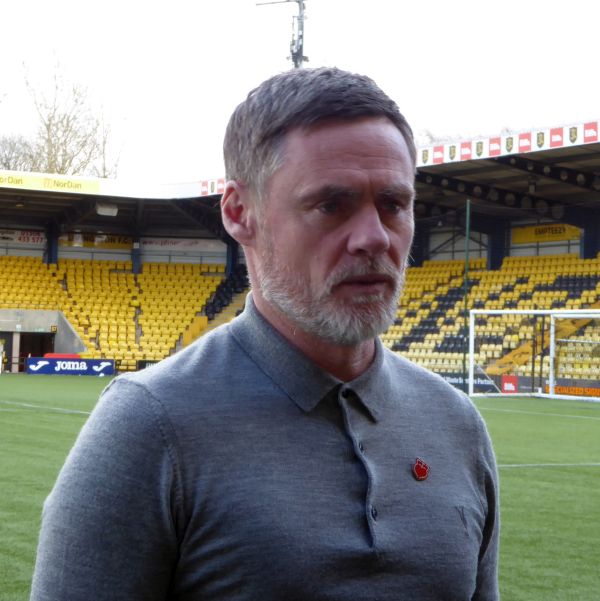 The well used line that ‘the league table never lies’ can be used to support the players for their efforts and the manager was unstinting in his praise for the character shown as time and time again they recovered from losing positions.  Two goals behind at Ibrox and last week’s loss of the opener to against St Mirren were quoted as examples

Since the wonderful day at Pittodrie in 2014 when Stuart McCall’s team finished second in the table, top half finishes have been achieved only by Mark McGhee in 2016 and then in the truncated 2019/20 season under Stephen Robinson.  Regardless of complaints about the quality of football (and there have been plenty) Graham Alexander delivered the club to safety last season and has us in the final sprint for a forthcoming European tour.  Yet he has critics aplenty clad in claret and amber.  Who would be a football manager?

The boisterous fans in the away section of the Tony Macaroni kept their belief and were rewarded at the death.  They were still in full voice fifteen minutes after the players had returned to the dressing room.  Post match interviews reflected the contrasting sides of the unlikely ending.  Motherwell faces were beaming while there was an understandable shell shocked reaction apparent in the home voices.

Motherwell, Dundee United and Ross County are separated by a point with five games remaining.  Unless Hibs win the Scottish Cup two of the three will be checking their passports for the early rounds of the UEFA competitions.

Motherwell may have got into the race at the end of added time but there may be further celebrations before the last final whistle of the season.