Next up - Hibs visit Fir Park

Neither Motherwell nor Hibs won a league game in November. Who will take the points at Fir Park on Saturday?

The teams last met in August and no winner emerged after a goalless draw.  Since then paths have diverged.  Hibs now have an eleven point advantage but Motherwell have a couple of games in hand. 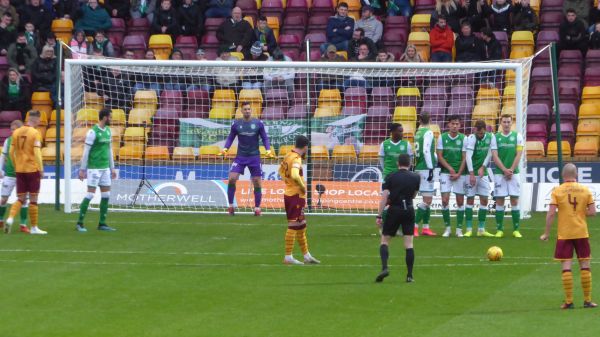 The visitors have lost only three of their fifteen league games to date, against Celtic and twice against Aberdeen.  With Kevin Nisbet’s early season form delivering ten goals already they will arrive at Fir Park confident of a result.

Reports from Edinburgh Live suggest that Paul Hanlon and Lewis Stevenson are back in training and are in contention for a return to the Hibs defence.

Stephen Robinson was not slow to criticise the performance of his team after last week’s defeat.  Motherwell had taken a barely deserved lead against St Johnstone but two careless goals were conceded.  Players joined him in voicing their concern at the poor showing.

Motherwell’s hopes seem to rest increasingly on the predatory form of Tony Watt.  He has netted in three of his last five games.  Allan Campbell and Barry Maguire will now be available after their precautionary isolation following the Scotland U21 outbreak.  They may restore the midfield bite that the manager believed was missing in recent games.

The game will be under the supervision of Andrew Dallas and will be replayed in full on BBC Alba from 6pm on Saturday.  Will it be worth a second viewing?  It will be if the Mighty ‘Well can cause a minor upset with a 2-1 win.

Remember the last visit of Hibs?