We started in mid-July with the now familiar Europa League exit.  There was a familiarity in the team as we had retained the majority of the squad that had given us so much joy only two months earlier at Pittodrie.  That was in contrast to the major changes that had happened in previous summers and there was a belief that standards would remain.  The Stjarnan debacle (drawing the first leg despite having a two goal lead then losing the second in extra time) was an early pointer to the season ahead. 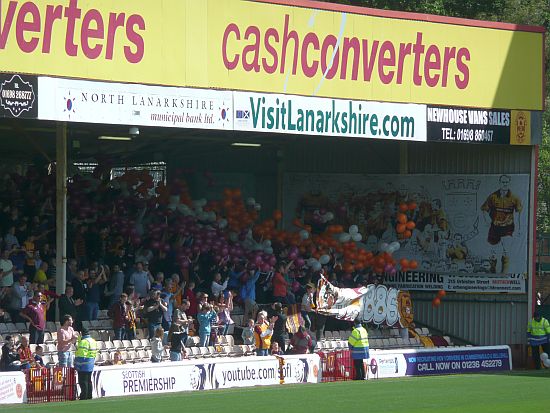 The league campaign started with a win

An opening day home win over St Mirren was followed by four losses.  Hopes of a top six finish faded fast. Even the arrival of Ojamaa failed to deliver an upturn.  A win in Dingwall, including tone of the two goals of the season from Vigurs, followed by a draw at Parkhead were the only bright spots in an awful autumn.  Normal service was resumed with five straight losses including a League Cup defeat at the hands of Accies.  At the end of it the manager fell on his sword. 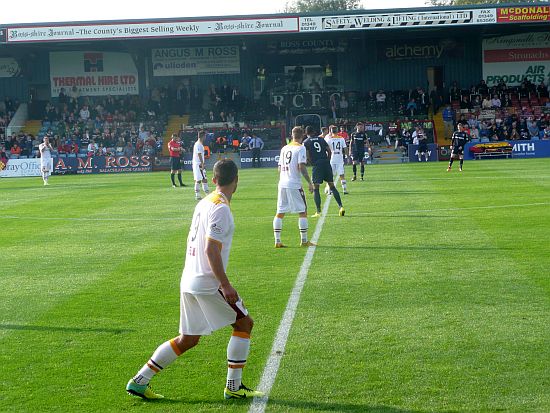 The win in Dingwall in September offered false hope

McCall’s demeanour after the defeat at McDiarmid was that of a man with no answers and two days later the club announced that he had resigned.  At that stage we were relegation candidates as the statistics W2 D2 L11 in all competitions demonstrated.  The board encouraged him to stay but the rare sight of a manager choosing to resign remained.  Cynics suggested that a vacancy at Ibrox was likely to become available!  We had still to complete the BT imposed triple of Friday night fixtures (Aberdeen a, St Johnstone a and Dundee United h – no thought for away fans) when Kenny Black stood in as caretaker.

The team was beset with injuries and suspensions that prevented any consistency in team selection.  The loss of Hammell for months on end was a particular blow.  Francis-Angol, Ramsden and Watt were all fielded as replacements before Starker was added to the list in the winter window. 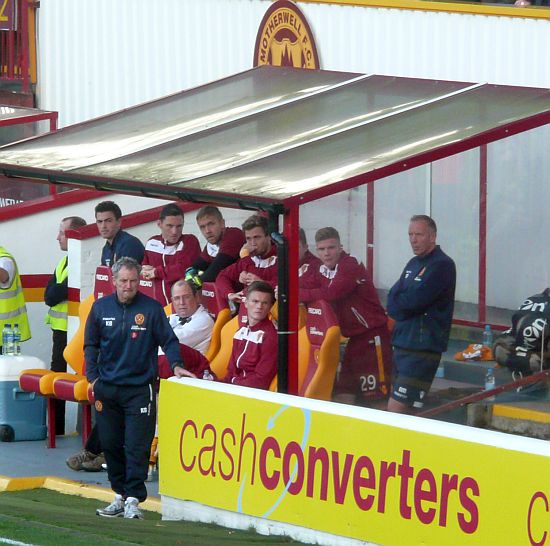 Grim faces as we lost to Dundee in October

Black  started with a win but we carried the poor form into December.  United eased us from the Scottish Cup and the club’s finances were again at risk.  The Well Society had not gathered enough to take the reins and there was a real fear that we may have ended up in the hands of a South American group.  Enter Les Hutchison.  He contacted the Society in May initially with the aim of giving a donation but by December he had an agreement with John Boyle to become the owner.

Mothertwell fans were saddened to learn of the death of one of the Ancell Babes in November.  Sammy Reid was an inside forward in the great side of the late 1950s and he was 75.

The New Year started with a new benefactor and a new manager.  Ian Baraclough was handed the job of keeping us in the top division.  Few guessed how the season would unfold.