Motherwell entered 2018 with limited expectations. Top flight survival was the aim (as usual) and we had to end a run of eight without a win.  A second cup final at Hampden was not even in our dreams.

The winter break provided a vital breathing space for the team.  After the League Cup final defeat at the end of November we had a horrible run of eight league games with only two draws to break the drone of defeats.

A three week spell of rest and recovery was exactly what we needed.  The club moved early in the transfer window to bolster the squad and our scouts unearthed a couple of gems.  Curtis Main, released by Portsmouth, was soon seen as an able replacement for Louis Moult and Tom Aldred, on loan from Bury, slotted perfectly into the centre of defence to cover Hartley’s long term injury spell.

Nadir Ciftci and Stephen Hendrie also boosted our numbers.  Stevie Hammell announced his intention to retire from playing at the end of January as he took up the director’s chair at the Academy.  He was to make a couple of appearances to round off a 20 year career on the Fir Park pitch. Cédric Kipré continued his development and soon became a firm favourite.

The value of the break was evident as we resumed the season with a cup win over Hamilton.  Few imagined that we would return to Hampden at the end of May. 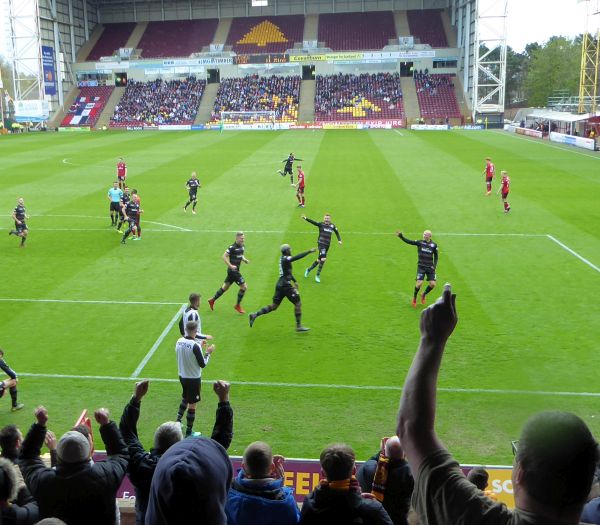 A win against Ross County and a last gasp draw at Tynecastle restored some self belief and kept us ahead of the drop zone.  February was good for us.  It started with a draw with Partick Thistle followed by wins against St Johnstone and Dundee.  The only blemish was a loss to Kilmarnock but our league position was strengthened.  Heavy snow at the end of the month put paid to the scheduled midweek game with Aberdeen.

Cup success at Dens Park was backed up with a quarter final win over Hearts. McHugh’s screamer will be long remembered.   By now it was evident that in Main and Aldred we had unearthed a couple of gems to replace Moult and the injured Hartley. 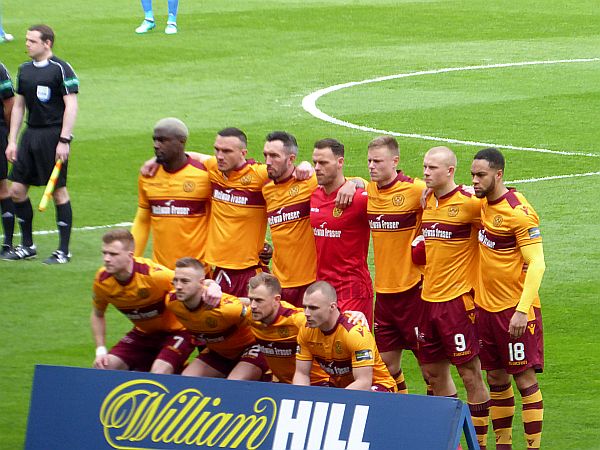 We made our fourth trip of the season to Hampden and made easy meat of the Dons.  Bowman’s goal and a double from Main ensured we would return at the end of May to guarantee that 17/18 would be one of the best.

Celtic were our opponents again for the second national final but there was to be no surprise result.  Two first half goals effectively ended the contest and the players earned praise from the 13,000 claret and amber fans in the west end of the stadium. 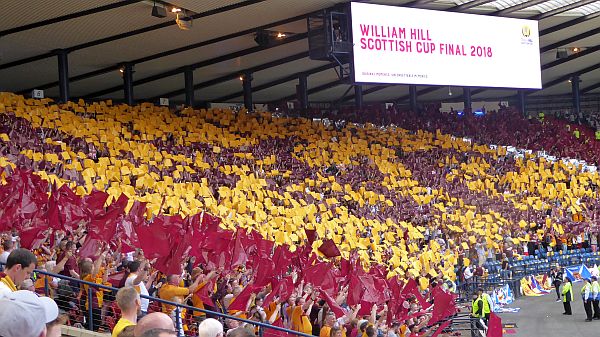 We bade farewell to Ciftci, Hendrie and Aldred as their loan spells ended and parted company with Petravicius, Plummer and Griffiths.

Close season maintenance included a new irrigation system, a reseeded pitch and the installation of a new scoreboard.  Season ticket holders were invited to use the eticketing system as the fan owned club continued to improve the ageing infrastructure.