The new campaign started in July with the squad still incomplete.  As usual, league safety was Motherwell's priority.

The fans returned gradually for the group stages of the League Cup which were negotiated in less than simple fashion and our interest in the tournament ended with a dismal 1-0 Dens Park defeat in the last 16.

Alexander was in the process of putting his own touches on the squad and scarcely concealed his view the competition was little more than a glorified pre-season. 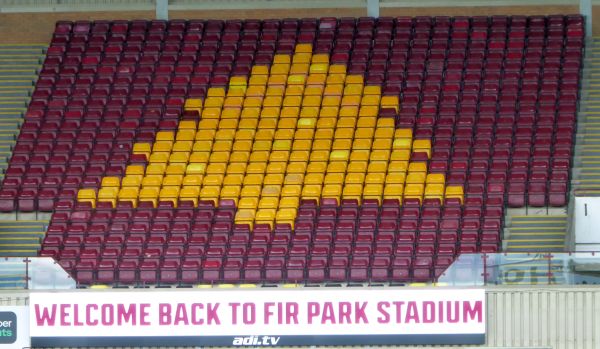 That view was not universally appreciated by the fans but three-year deals to Kainye Woolery, Callum Slattery, Sondre Solholm and Connor Shields suggested there was a change of approach in the air.

Kevin Van Veen was brought in as replacement for Watt, who ended up staying and producing the form of his life – only to leave for Dundee United on a Christmas pre-contract. 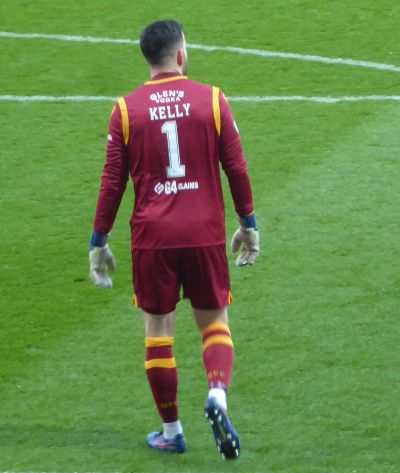 And producing the cash to sign Kelly on a permanent long-term basis, even before other fees were paid for players, proves we are making the biggest investment in the team since Mark McGhee got John Boyle onto a second bottle of wine in 2007.

An opening day thriller was lost 3-2 to Hibs but that turned out to be our only loss in the league until we visited Tynecastle in October. It wasn’t always pretty, however, and at times did little to convince, especially when the loss to Hearts sparked a run of one point in 15, culminating in a 6-1 home humiliation to Rangers.

Alexander admitted a full and frank exchange of views in the dressing room and the outcome was a decision to try to impose ourselves a little more rather than being wholly reactive.

That was not immediately seen when we produced one of the most negative halves in our history to go in goalless at Pittodrie but a brilliant Van Veen double – with our only shots of the game – after the break opened November with a win.

We dismantled Hearts 2-0 at Fir Park in the performance of the season and Dundee United were dispatched in hilariously wet conditions to give Alexander his second manager of the month trophy of the season.

His previous award in September preceded a collapse but December had nothing of the kind. We lost at Celtic Park but a good point at Hibs saw us tick over before St Johnstone and Livingston were dismissed either side of Christmas.

By that point the signing of Ross Tierney from Ireland’s Bohemians had already been confirmed for January though the loss of Watt and the limit of only 500 home fans against Livingston highlights the uncertainty to come, on and off the pitch.

Watt’s departure is a blow but the club have made calculated risks in spending and should be trusted now that the money which would have kept him will be better spent elsewhere.

Liam Donnelly’s long-awaited return from injury is like a fresh signing while our own Barry Maguire and Dean Cornelius have improved their status after emerging from the academy in recent years.

In terms of the coronavirus it is hoped fans will be back in the ground for our rearranged trip to Ross County on January 18 as we begin the drive for the top six.

Morton – who else – await when we enter the Scottish Cup while Hibs, Aberdeen, United and ourselves contest the three remaining top six spots. With fifth likely to make Europe, this would not be a good season to end the wrong side of the line after 33 games even if seventh would have been considered solid by many in summer.

Our 31 points from 20 games effectively guarantees top-flight football next term already. The only question is whether this season now turns out to be good, great or a chance missed.

And our overall record under Alexander, in black and white statistics at least, is superb: 59 top-flight points in 2021 is bettered only by the Old Firm. The difference to our situation from 12 months ago is staggering and we have every reason to eagerly anticipate 2022.